A series of public programs, workshops, and events hosted by Parsons School of Design to explore current and future notions of luxury. 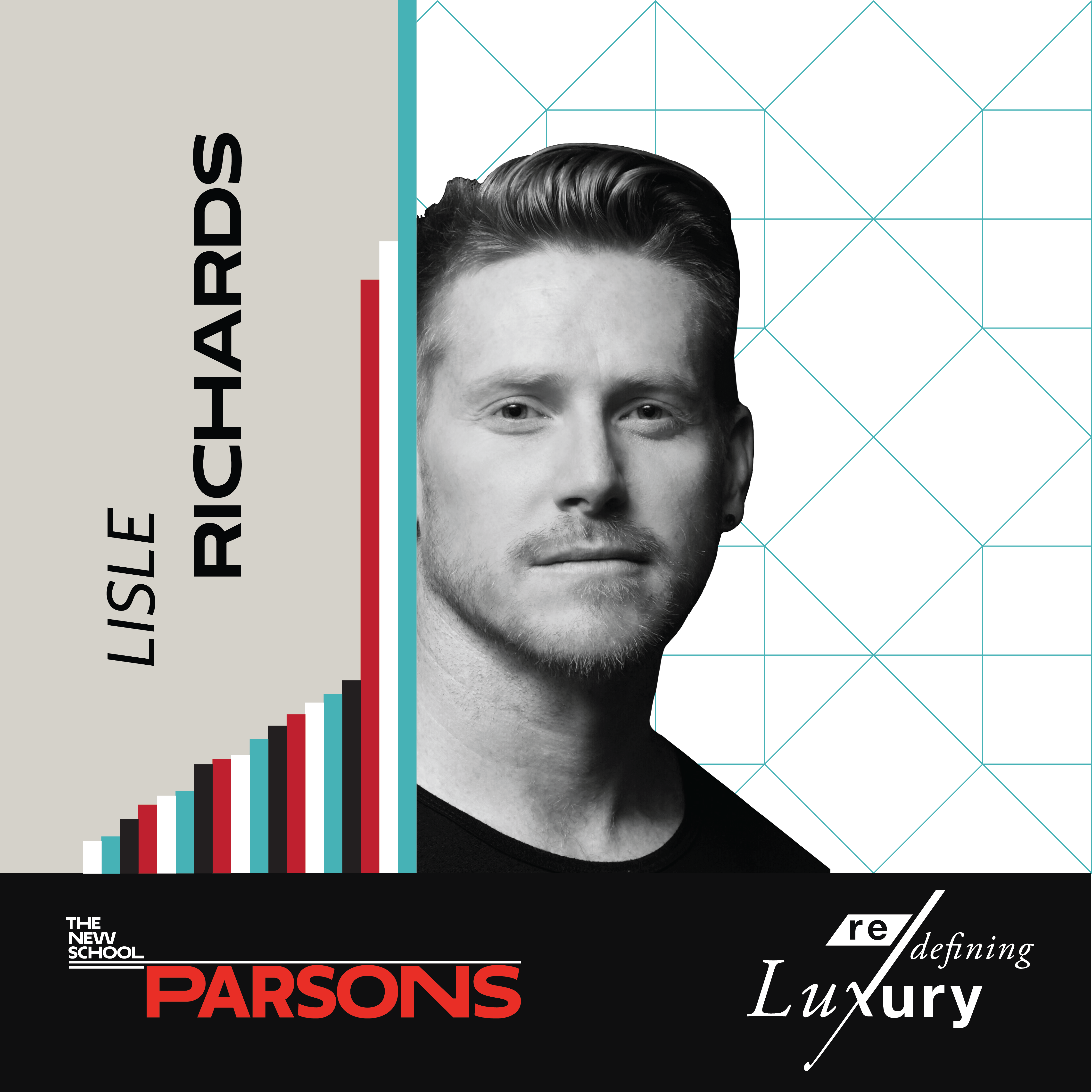 Lisle Richards is best known as a co-founder of The Metric, an integrated hospitality marketing group which owns, operates, and develops establishments that go well beyond the traditional guest experience.

After studying Advertising and Photography and moving to New York City, Richards grew from a waiter at esteemed venues including Odeon and Balthazar to opening and operating the STK concept for the newly minted One Group. Seven years and more than 18 properties later, Richards left The One Group as the Vice President of Operations to start his own hospitality company.

In 2011, Richards then went on to join Eric Marx in establishing The Metric, which took the city by storm opening up The Monarch Room, Gilded Lily, and The Wayfarer, and gaining much sought after attention. Most recently, The Metric partnered with Pepsi Cola to produce a “transformative space that didn’t fit into just one category” now popularly known as Kola House – a performance and experiential venue. As nightclubs, American brasseries, and modern supper clubs, The Metric’s venues are known for creating a unique experience for the active New Yorker. They also specialize in fostering and maintaining high profile relationships within the fashion, art, food, and design industries.  As the company continues to grow, Richards’ love of design and original love of art and photography is realized through the creation of these concepts of which New York has fallen in love. Most recently, The Metric opened a West Village healthy fast-casual concept with Antoni Porowski of Netflix’s Queer Eye called Village Den. They reimagined a long-standing diner with notes to comfortable cooking done in a healthy and conscious way.

*Free lunch will be provided to the first 50 registered attendees.